A makeover is planned for Chelmsford City Theatres in 2022, as the Civic Theatre celebrates its 60th birthday. The refurbishment will transform the customer experience at the venue, with the foyers, box office, bar areas and toilets all given a contemporary overhaul.

More than a million pounds has been set aside for the works, which will deliver more space for theatregoers as they move around the building, and extra areas for small events and socialising. The foyers will be redesigned to be more flexible and welcoming for visitors, and brought up to date with better lighting, sound, and more room for pre-ordered drinks.

The ground floor theatre bar will be remodelled to allow for a range of uses: from a modern café and bar serving customers from late morning through to the evening, to an adaptable area for stand-up comedy, music and children’s activities.

A second café/bar area will also be created at the front of the building, with new wraparound windows and glass doors to allow for tables on the pavement outside the Cramphorn Studio. Inside, the toilets, which haven’t been updated for many years, will be modernised and extended, with more cubicles added to reduce queues at busy times.

The funding for the refurbishment was announced in this February’s budget as part of council spending set aside to improve its properties. Cllr Marie Goldman, Chelmsford City Council’s Deputy Leader says the city needs a theatre that’s fit for the 21st century.

“There’s a real fondness for the Civic, which has been part of Chelmsford’s cultural landscape for almost 60 years, but investment is needed to ensure it can match the aspirations of our connected and growing city in the years to come. Although we have wonderful productions here at Chelmsford City Theatres, the complex isn’t really used unless a show is on, and this needs to change.

A theatre isn’t just its stage and an auditorium, the whole building should be an enjoyable, inspiring and creative space that serves our community throughout the day and into the night.”

Although designs for the refurbishment will be drawn up in the coming weeks, building work won’t get underway until next summer, during the period when the theatre traditionally shuts for several weeks. The theatres will work with groups and promoters whose productions could be affected by closures around this time to see if shows can be rescheduled or alternative local venues can be found.

Chelmsford City Council’s Culture Services Manager Marc De’ath says the changes will benefit everyone, with only a relatively short period of disruption needed.

“These much-needed improvements will make our theatre a more exciting space to visit, helping us to develop and grow our audience and bring the building up to a standard that matches our creative ambition. We want our customers to love every aspect of their trip to Chelmsford City Theatres from the moment they step into the foyer, whether it’s to buy a ticket, meet a friend for coffee, or to see a show.

It’s never easy to find the right time to close a busy theatre, but we’ve scheduled these works to include a number of weeks over the summer when we’d usually be shut anyway, to minimise the impact to productions and our customers as much as possible.”

No need for homeless to sleep in church halls this winter 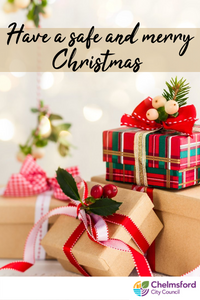 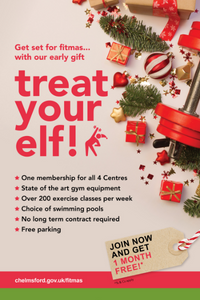