Chelmsford City Council has secured almost £100,000 of Government funding for two new projects to help people in the area who become homeless.

Over 1,000 households contact the council every year because they’re at risk of losing their homes. There are usually 250 homeless families in temporary accommodation, as well as between six and ten people sleeping rough in the city. The council, along with other agencies in the Homelessness Forum, works to build relationships with them all, address any issues causing their homelessness, and help them into permanent homes.

During the pandemic, evictions were banned – but this recently ended. Councils around the country are beginning to see homelessness cases rising and are working urgently to find anyone at risk of becoming homeless so they can prevent it.

In Chelmsford, housing officers are seeing cases where people owe much more rent than usual. In some cases, there are ten times more rent arrears than they would usually see. Since the pandemic began, the city council has already prevented more than 300 people from losing their homes.

Thanks to £98,000 in funding, steps can now be taken to help two vulnerable groups in particular – young people with nowhere to stay and people at risk of repeatedly becoming homeless.

£50,000 will go towards intensive supported accommodation for people at risk of repeated homelessness.

The council will work with a national housing association, Home Group, to provide eight self-contained flats near the city centre which come with a safety net of support.

For some people, a place to live in is not enough. They may have trauma, mental health needs or addictions that mean they struggle to keep a tenancy once they have one. Anyone housed in these flats will get ongoing help from services which help them with these challenges, like addiction recovery.

This is a pilot of the ‘Housing First‘ approach to homelessness. Housing First is at the forefront of current thinking on helping people to permanently change their lives for the better. The pilot will run for a year, although the council is bidding for more funding to extend it.

“The traditional approach to homelessness has been to help people to tackle issues like substance misuse first, then support them into accommodation. Housing First turns that on its head, taking the view that a home is a human right.

“The person gets somewhere to live first, as a safe base from which they can then be assisted to address other difficulties in their life. I’m excited that this approach is being piloted in Chelmsford – it has the potential to help a lot of people if it works.”

£48,000 will be used for the ‘Night Stop’ scheme, where volunteers provide a room in their homes for people who become homeless.

Chelmsford has joined forces with Essex County Council and Colchester Borough Council to bring Night Stop to the area. The project will be run by the Depaul Society charity, who have successfully brought the scheme to other areas around the county. The city council will begin helping Depaul to recruit volunteer host families over the summer.

“One of the main causes of young people becoming homeless is eviction by their family or friends – cases of this increased last year, despite the government telling people to stay put. Another common cause is domestic abuse and, for those who have had their own home, tenancy failure after struggling to budget.

“We are going through extremely difficult times, emotionally, mentally and financially, for many of our young people, and for those who face these challenges it’s even worse. We don’t think anyone should be without a home. This scheme is a way to help young people turn their lives around before they needlessly spiral into greater difficulties.” 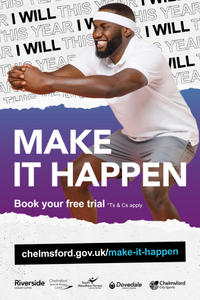